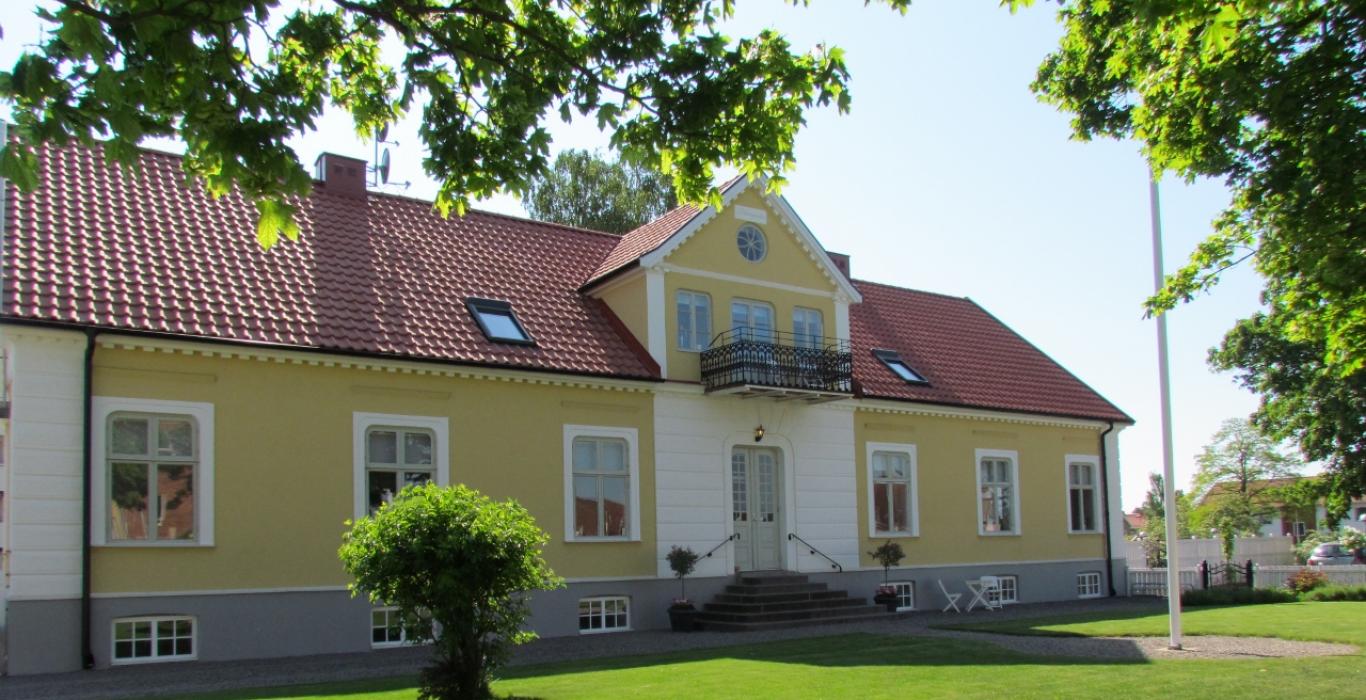 Fröknagården are one of the larger estates that can be seen on the 17th century battle maps drawn by Erik Dahlberg. A number of houses show where the estate was situated on the spit of land where today the town of Kristianstad has grown to totally surround the rest of the estate.

The owner at the end of the 17th was Anton Cortmeijer, a German merchant. He probably built the first main building, a 33m x12 m (106 ft x 39 ft) one-story building. This building was destroyed in the great fire of 1881 and was replaced by the present building in 1882. During the period between 1711-1714, when the exiled king of Poland Stanislaus the First lived in Kristianstad, the hunting parties often stayed at Fröknagården, and in particular the king’s daughter, Princess Maria who spent a lot of time here. After her marriage in 1725 she became the Queen of France and was married to King Louis the 15th

In the year 1738 the estate was bought by the governor of Christianstad Axel Gyllenlood (1673-1743). His beautiful tombstone with his crest can be seen at Heliga Trefaldighetskyrkan. After his death his four unmarried daughters lived on the estate until 1790. The estate was sold in 1797 to the commander and merchant Salomon Fredrik Cedergren. After his death his widow was the owner from 1801 until 1835. The next owner was Hans Jeppson, followed by his son Jeppa Hansson, who after the great fire built the present building in 1882.

Axel Olin bought the estate in1900 and used it as a farm until his death in 1951 when it was sold to the city of Kristianstad.

The house was then used in a number of different functions up until the early 1970s when Kristianstad got its first youth recreation centre.

In 2009 Anna and Kenneth Hoffström bought Fröknagården and started the process of restoring the house to its former glory and converting the upper floor to a modern hotel, without losing the soul of the house. They named it Anna’s Hotell.

You are now subscribed